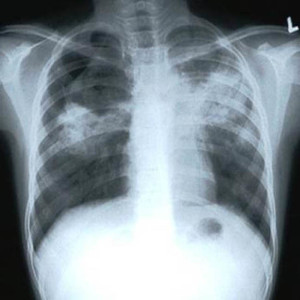 Tuberculosis (TB)caused by the bacterium Mycobacterium tuberculosis, is one of the oldest diseases known to humankind. The bacteria usually attack the lungs, but TB bacteria can attack any part of the body such as the kidney, spine, and brain. If not treated properly, TB disease can be fatal.It continues to claim roughly 1.5 million lives each year and is second only to HIV/AIDS as the greatest killer worldwide due to a single infectious agent. It is estimated that TB costs the global economy $1 billion a day. Over 95 percent of TB cases and deaths occur in low- and middle-income countries.

Eradication of TB will require the development and incorporation of new and more effective vaccines that can replace the current BCG vaccine. There are currently more than 10 candidate vaccines that are progressing well through the different development stages.

Standard anti-TB drugs have been used for decades, and resistance to the medicines is widespread. Multidrug-resistant tuberculosis (MDR-TB) and extensively drug-resistant TB (XDR-TB) are forms of TB caused by bacteria that do not respond to the most powerful, first-line anti-TB drugs. The treatment options for MDR and XDR-TB are limited, recommended medicines are not always available; the long therapy (up to two years of treatment) is more costly and can produce severe adverse drug reactions in patients. Approximately 500,000 people developed MDR-TB in the world in 2013. More than half of these cases were in India, China and the Russian Federation. It is estimated that about 9.0% of MDR-TB cases had XDR-TB.