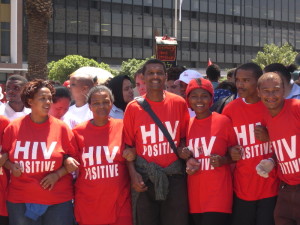 Human Immunodeficiency Virus (HIV) continues to be a major global public health issue, having claimed more than 34 million lives since it was identified in 1981. Approximately 1.2 million people die from HIV-related causes globally and 2.0 million people become newly infected with HIV every year. Sub-Saharan Africa is the most affected region and accounts for almost 70 percent of the global total of new HIV infections.

HIV targets the immune system and weakens people’s defence systems against infections and some types of cancer. As the virus destroys and impairs the function of CD4 (immune) cells, infected individuals gradually become immunodeficient. Acquired Immunodeficiency Syndrome (AIDS), the most advanced stage of HIV infection, can take 2 to 15 years to develop depending on the individual. AIDS is defined by the development of certain infections (e.g.tuberculosis, cryptococcal meningitis), cancers (e.g. lymphomas, Kaposi’s sarcoma), or other severe clinical manifestations.

HIV can be transmitted via the exchange of a variety of body fluids from infected individuals, such as blood, breast milk, semen and vaginal secretions.There is no cure for HIV infection. HIV can be suppressed by combination antiretroviral therapy (ART) consisting of 3 or more antiretroviral(ARV) drugs. ART does not cure HIV infection but controls viral replication within a person’s body and allows an individual’s immune system to strengthen and regain the capacity to fight off infections.It is estimated that currently only 51 percent of people with HIV know their status. Women, men who have sex with men, transgenders, intravenous drug users and sex workers are particularly vulnerable to the disease.

Serological tests, such as rapid diagnostic tests (RDTs) or enzyme immunoassays (EIAs), detect the presence or absence of antibodies to HIV-1/2 and/or HIV p24 antigen. When these tests are used according to a validated testing algorithm, HIV infection can be detected with great accuracy.

Individuals can reduce the risk of HIV infection by limiting exposure to risk factors. Key approaches for HIV prevention, which are often used in combination, include male and female condom use (during vaginal or anal penetration which can protect against the spread of sexually transmitted infections (STIs), including HIV), testing and counselling for HIV and STIs for all people exposed to any of the risk factors, medical male circumcision (reduces the risk of heterosexually acquired HIV infection in men by approximately 60 percent and is key in generalized HIV epidemic settings), Antiretroviral (ART) use for prevention (HIV-positive person reduce the risk of transmitting the virus to their uninfected sexual partner by 96 percent), Pre-exposure prophylaxis (PrEP) for HIV-negative partner (Oral PrEP is the daily use of ARV drugs by HIV-uninfected people to block the acquisition of HIV from HIV infected partners), Post-exposure prophylaxis for HIV (a 28-day course of ARV drugs with follow-up care within 72 hours of exposure to HIV in order to prevent HIV in people who have been accidentally exposed to HIV such as health workers or through unprotected sexual exposures or sexual assault), harm reduction for injecting drug users (IDU use sterile needles and syringes for each injection) and elimination of mother-to-child transmission of HIV during pregnancy, labour, delivery or breastfeeding (both the mother and the child are provided with ARV drugs throughout the stages when infection could occur).

The cure for viral diseases often takes the form of a vaccine. The quest for a HIV vaccine has ongoing for approximately 30-years. There are a number of vaccines in early stages of development.