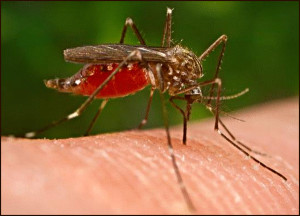 Malaria is a life-threatening disease caused by the Plasmodium parasites, which are spread to people through the bites of infected Anopheles mosquitoes. Malaria causes an estimated 198 million malaria cases and 584,000 deaths per year with 90 percent of all deaths occurred in the African Region, mostly among children under 5 years of age (a child in Africa dies every minute from malaria). Asia, Latin America, and to a lesser extent the Middle East and parts of Europe are also affected.

Vector control is the main way to reduce malaria transmission at the community level using long-lasting insecticidal nets (LLINs) and indoor residual spraying (IRS) with insecticides. A number of public health distribution programmes provide free LLINs.Countries in sub-Saharan Africa and India are of significant concern. These countries are characterized by high levels of malaria transmission and widespread reports of insecticide resistance. Longer-lasting forms of existing IRS insecticides (pyrethroids), as well as new classes of insecticides for use in IRS programmes, are under development.
Antimalarial medicines can also be used to prevent malaria.

There are currently no licensed vaccines against malaria or any other human parasite. The RTS, S/AS01 research vaccine against P. falciparum is the most advanced. This vaccine has been evaluated in a large clinical trial in seven countries in Africa and has been submitted to the European Medicines Agency for regulatory review. The recommendation as to whether this vaccine should be added to existing malaria control tools is expected in late 2015.

The WHO Global Malaria Programme (GMP) is responsible for setting the course for malaria control and elimination. GMP serves as the secretariat for the Malaria Policy Advisory Committee (MPAC), a group of 15 global malaria experts who provide strategic advice and technical input to WHO. WHO is also a co-founder and host of the Roll Back Malaria partnership. This comprises of over 500 partners, including malaria endemic countries, development partners, the private sector, nongovernmental and community-based organizations, foundations, and research and academic institutions.