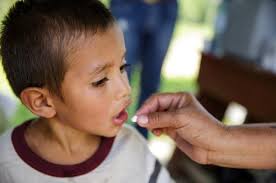 These 17 neglected tropical disease (NTDs) prioritized by WHO are endemic in 149 countries and affect more than 1.4 billion people- one-sixth of the world’s population, costing developing economies billions of dollars every year. An additional two billion people are at risk, and each year, half a million people die as a result of NTDs. They are the fourth most devastating group of communicable diseases behind lower respiratory infections, HIV, and diarrheal diseases – ranking higher than either malaria or tuberculosis.

Ebola is an example of a NTD outbreak in West Africa that was first reported on 23 March 2014, and rapidly became the deadliest occurrence of the disease since its discovery in 1976. The epidemic killed people in Liberia, Guinea, Sierra Leone, Nigeria, the US and Mali.

These diseases thrive in conditions of poverty and low environmental standards and are concentrated in low- and middle-income countries in Africa, Asia, and Latin America. Women and children are most at risk of infection, since they are more exposed to NTDs and often face barriers to accessing treatment, particularly those living in remote areas. NTDs impose a heavy burden on populations, not only because they are neglected by research (due to their restriction to particular geographic areas and/or environmental conditions), but also due to the high levels of disability, loss of productivity, poverty and stigmatization they cause in poor and vulnerable communities. NTD may result in severe disfigurement, disability, blindness, and malnutrition, and individuals are often infected with multiple NTDs simultaneously. The chronic nature of neglected tropical diseases places a perpetual burden on weak and overstretched health systems. NTDs negatively impact economic development, educational achievement and cognitive development, and reduce agricultural productivity and food security.